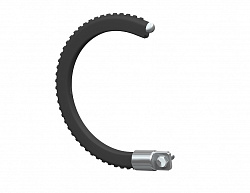 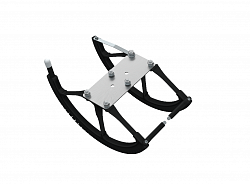 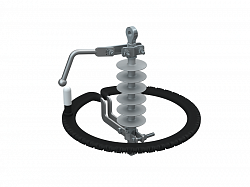 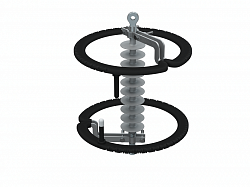 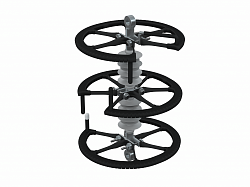 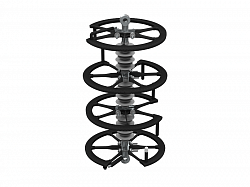 There are up to 16 million electrical storms per year on Earth. Direct lightning strikes are extremely dangerous to people, buildings, and constructions, as its channel has immediate contact with an affected object. It may cause considerable mechanical failures and tremendous damages due to blazes and explosions.

According to the statistics, every 30 km of overhead power lines are subjected to a stroke at least once during a thunderstorm season. This factor is of great importance when designing a lightning protection solution. The discharged energy can easily lead to an overvoltage that raises the bar of a few MV and currents that are 30 kA on average (though they may reach up to 200 kA). It is believed, that for an average overhead distribution power line 20% of outages are the consequences of direct lightning strikes.

Potential losses caused by such direct lightning strikes can be avoided by the utilization of the lightning protection devices on overhead power lines.

The use of Streamer line lightning protection devices provides you with comprehensive protection. Ruling out the possibility of short-circuit faults, these devices are also capable of dissipating the energy of direct lightning strikes.

Apart from protecting the equipped line against direct lightning strikes and back flashovers, the d-LLPD range can also be installed near conventional metal-oxide arresters (MOA) that are used for protection of sensitive equipment such as pole-mounted transformers, cable terminations and so on. This application can help to facilitate the operation mode of the MOAs by reducing the overvoltage arriving at the terminals of the MOAs from the line.

Induced lightning overvoltages are very widespread phenomena and are believed to be the reason for 80% of outages that happen on distribution lines.

Overhead distribution power lines, as well as a transmission line, represent extensive structure, which consists of phase conductors, line insulators and auxiliary devices. Normally their height does not exceed 10 m, which means that there are many taller objects in their proximity. If lightning strikes in the area surrounding a distribution line, most likely its target will be an object, for example, a tree, building, telecom tower and other similar objects around the line. When lightning strike evolves, due to electromagnetic coupling between phase conductors and lightning channel, distributed charge along a certain section of the line appears on all phases simultaneously. As soon as lightning “touches” any object and the circuit is closed, waves of overvoltages start traveling along the line.

Proceeding from certain discharge intensity and distance, the overvoltage peak occasionally reaches the level of 500 kV, which is supposed to be the maximum value. For engineering application, it is considered that the peak of an induced overvoltage is below 300 kV.

In order to prevent the possible deleterious consequences of this phenomenon, such as conductor damages and outages, the overhead lines should be equipped with solutions providing induced lightning overvoltage protection.