The issue: moisture is threatening the transformer

Moisture is one of the major cause of failures for power transformers and one of the main degradation factor for the insulation paper. It is therefore increasing the risks of operation failures and shortening the life expectancy of the asset.

Unfortunately, moisture can appear in a transformer from several external or internal sources and it has a complex dynamic between the oil and paper inside the transformer.

The use of silica gel breathers, sealed tanks, or nitrogen blankets allows engineers to avoid ingress of all or at least the most part of moisture from the atmosphere to the transformer. However, when the transformer is energized, the production of water in-side the power transformer is a natural and inevitable occurrence over time due to the depolymerization of the cellulose paper.

As shown on the graph besides, the higher the relative water saturation, the lower the breakdown voltage (BDV) of the oil. As water mi-

grates between the solid and liquid insulation in a transformer with changes in load and, therefore, temperature, so does the relative water saturation in oil. Peaks of relative saturation are usually observed during transformer changes of state (high to low temperature or opposite). Moisture reduction is, therefore, a key effort to be made to increase safety, especially for Transformer with short and frequent load changes.

The insulation paper mechanical strength is de-fined by the degree of polimerisation, also called DP, which represents the average length of cellulose chains in the paper. A new transformer typically has a DP between 1200 and 1000 while the end of transformer life is considered when the DP reaches 200. This degradation cannot be stopped but its speed will depend on the water content in paper (see picture on the left).

Moisture is having a huge effect on the speed of paper degradation and therefore on its life expectancy. 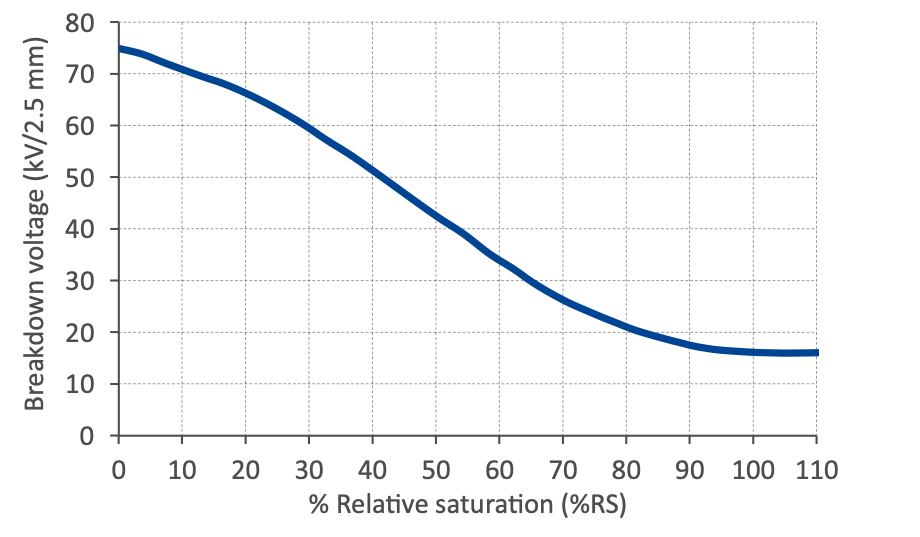 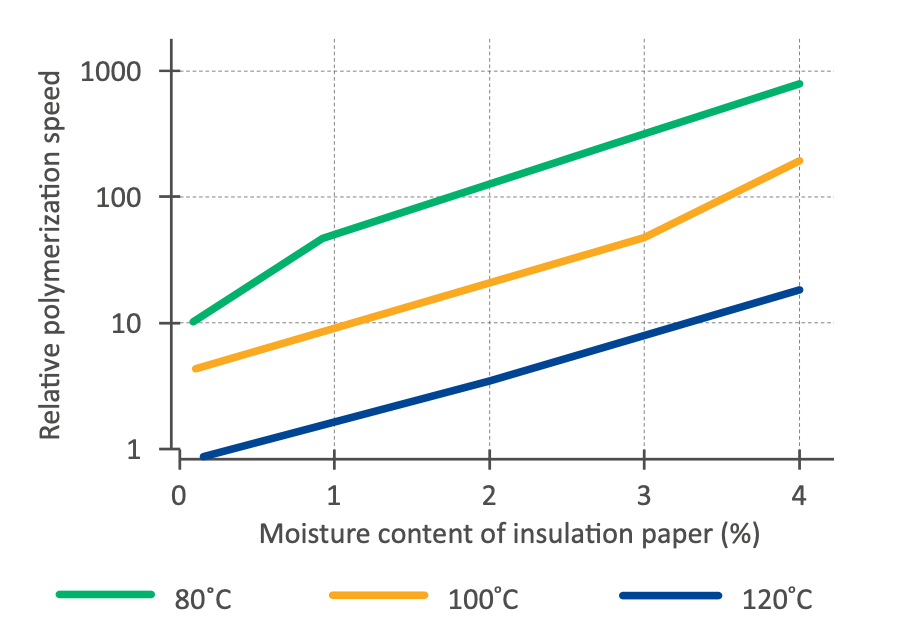 The solution: Maintaining a dry transformer by continuous filtration


Maintaining a low level of moisture in a transformer pro-vides significant benefits in terms of operations and risk as it maintains a constant high insulation level. Therefore it is possible to load the transformer at a higher level and to make this load vary without risking to damage the transformer.

Also it has consequent financial benefits since it elongates the life of the asset by slowing down the paper degradation. This degradation creates particles or even sludges. Finally moisture is also responsible for creation of acids in the oil. Hence keeping a low level of moisture will reduce the maintenance costs.

Only continuous filtration is efficient to remove moisture from a transformer

As moisture is created continuously and as it is one of the major concern for the transformer safety and life expectancy, it seems counter intuitive to apply a punctual solution for this continuous problem.

Also it is important to note that more than 98% of the water in a transformer is in the paper while a very low amount is dissolved in oil. The diffusion time of water from paper to oil is very slow. This is why punctual filtrations are do not solve the moisture issue. 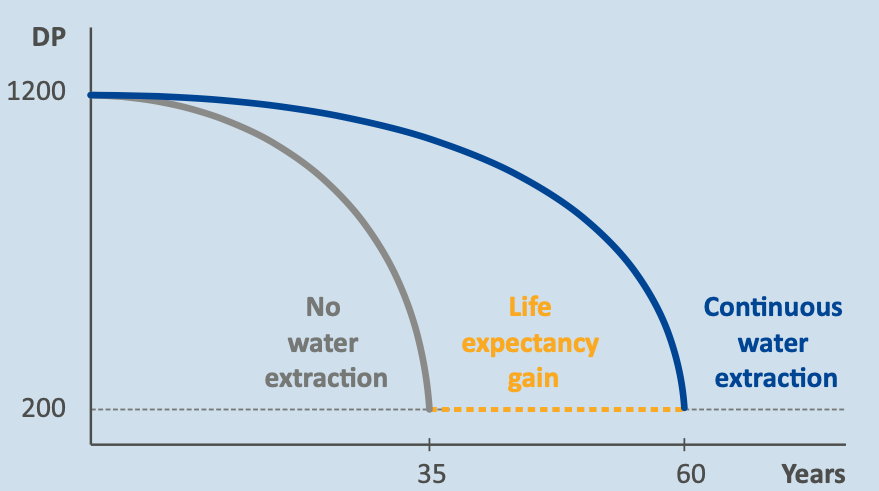 Since more than 15 years, the TRANSEC Online Drying System technology has been installed on almost 3000 transformers worldwide. We’ll detail in the paragraphs below an installation showing the efficiency of this solution.

A TRANSEC unit has been installed in November 2017 on 40 MVA General Electric 3 phases transformer in the Dammam region, Saudi Arabia.

This 115kV/13.2kV transformer from the 1970s was always used at a relatively low load which explained that moisture level in oil never reached an alarming level. But the level of moisture raised very rapidly in 2015- 2016 when a leakage appeared in the gasket. In February 2016, the PPM of moisture in oil reached 54 mg/kg; the relative humidity in oil was 45%; the estimated water content in the paper was 7% and the breakdown voltage dropped to 22 kV. At this point, the trans-former was immediately stopped and a leak search had been initiated.

Once the leak had been found and repaired, the increase of moisture in the transformer stopped but an enormous amount was already in the oil and paper and had to be removed in order to operate the transformer safely.

Using an offline solution like Low Frequency Heating was out of question due to the risk of paper shrinkage during the removal of such a large volume of water. As a result the end user decided to use an online drying device.

Once installed (Figure 1), the TRANSEC started removing moisture from the oil im- mediately. It provided a positive effect on the breakdown voltage value. In a second step water started to get extracted from the paper as the oil got dried out after a few weeks. Over the 1st year you can see on the 2 graphs below the PPM inflow and the water content dropping. Within that year the water content in paper went from 5% to about 3% (much more acceptable level).

We can also see that during the second year of operation the PPM values of inflow and outflow were almost matching which is the sign of water saturation in the Transec unit. This is confirmed by the water content increasing again to 4% at the end of the second year. The saturated TRANSEC extraction cylinders have been then replaced by new ones in order to restart the filtering process. They had extracted about 12 litres of water from that transformer.

To conclude, the TRANSEC device brought the moisture level of this transformer back to an acceptable level within one year and still continues the extraction of moisture. Breakdown voltage came back to a safe level and the remaining life expectancy of the as-set was multiplied by 2 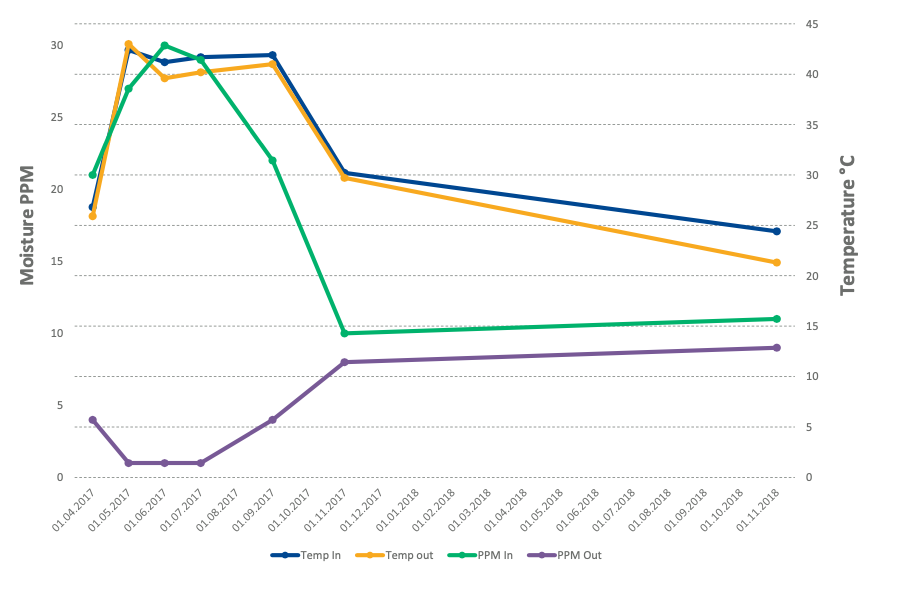 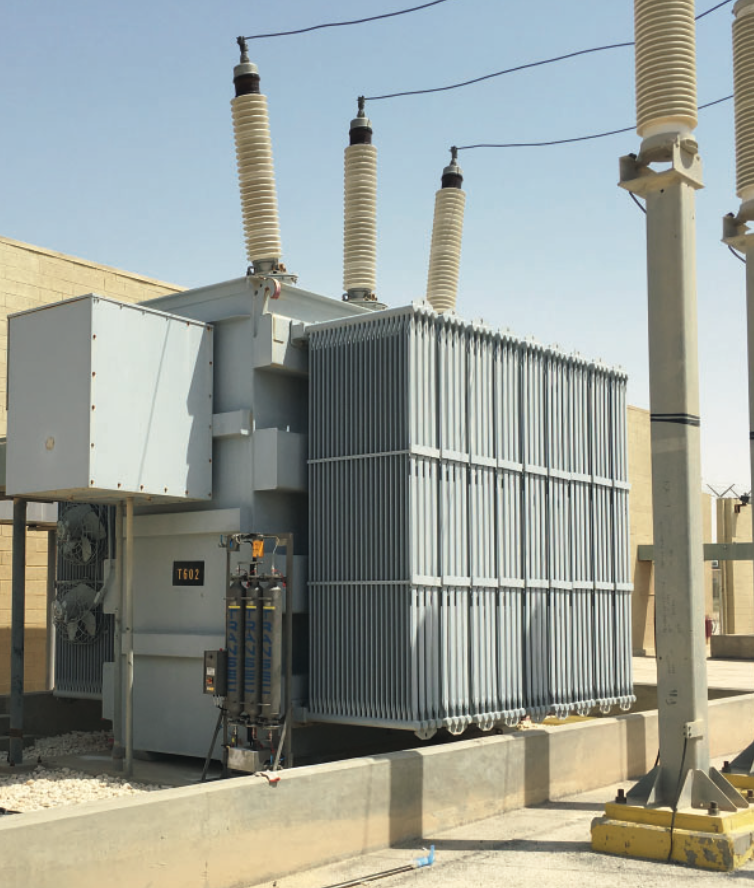 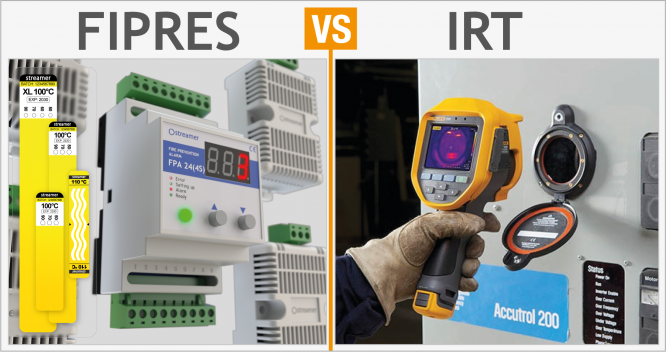 Why is infrared thermography inspection limited for efficient prevention of electrical overheating and fires? 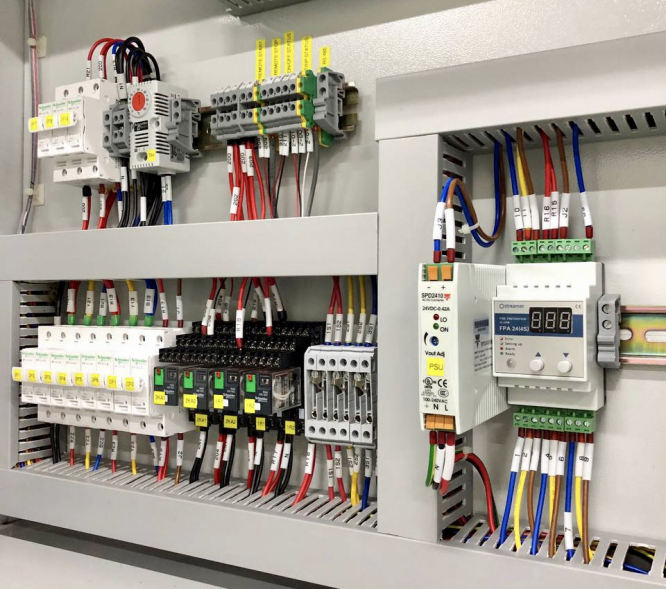 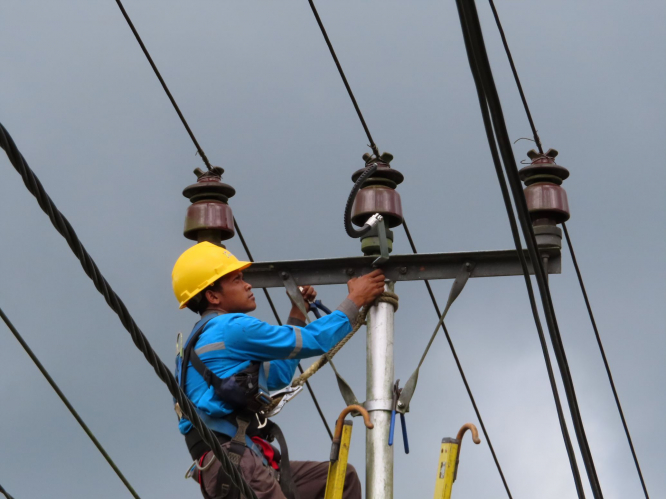 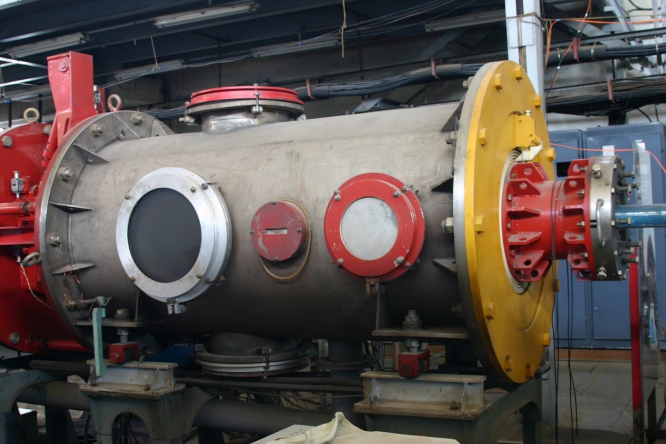 International Conference on Lightning Protection” (ICLP) and “International Symposium on Lightning Protection” (SIPDA) represent the majority of the world scientific and industrial community in the field of lightning. ICLP and SIPDA bring together delegates of a broad spectrum that includes scientists, advisers, entrepreneurs, and heads of industrial research programs. Since Lightning protection is a multi-million dollar industry, the ICLP-SIPDA conference is one of the most sought after events by scientists and inventors alike to bring novel ideas and inventions to the public. The ICLP and SIPDA scientific committees have decided to hold a joint virtual conference from 20th to 26th September 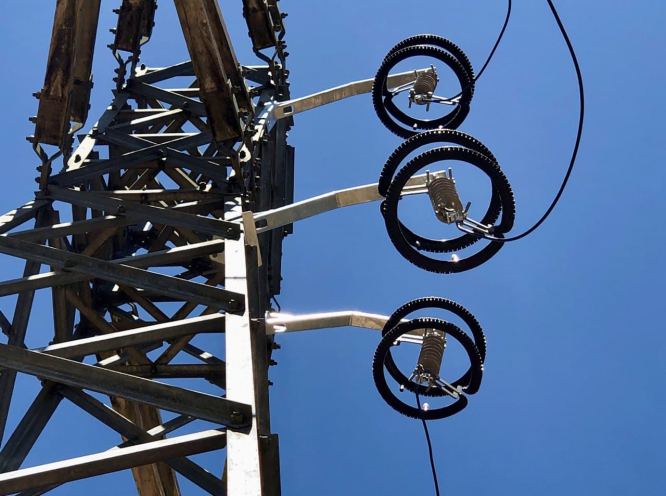 CIRED 2021 is an opportunity to hear new research, ideas and initiatives, and interact with hundreds of key decision leaders in the electricity distribution field. 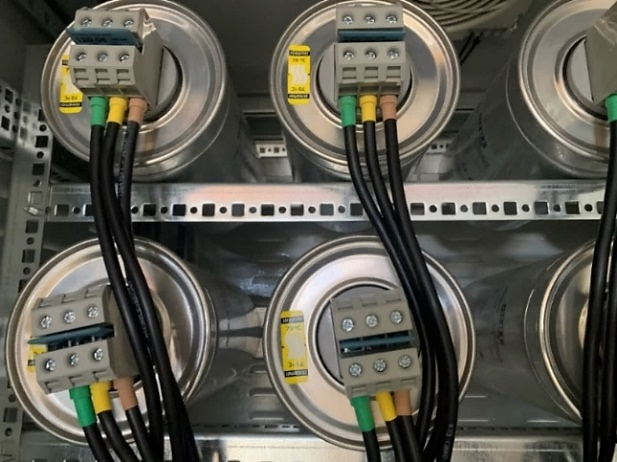 Overheating of capacitor banks is a common problem in reactive power control systems, and these systems are an essential part of electric distribution and transmission. It may occur due to inadequate ventilation, loose connections, bad design, or the overvoltage during lower demand period. Moreover, the capacitor lifetime depends directly on the operating temperature hence an overheating will lead to a faster aging. 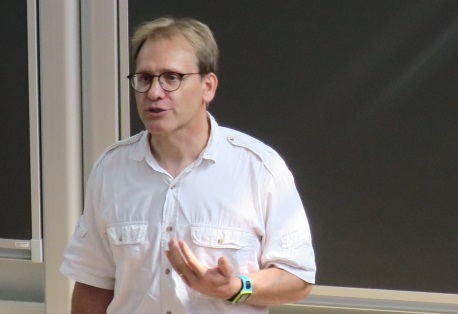 Interview with Henrik Nordborg (Nordborg Henrik), professor of physics and head of the undergraduate program “Renewable Energy and Environmental Technology” at the University of Applied Sciences in Rapperswil, Switzerland.